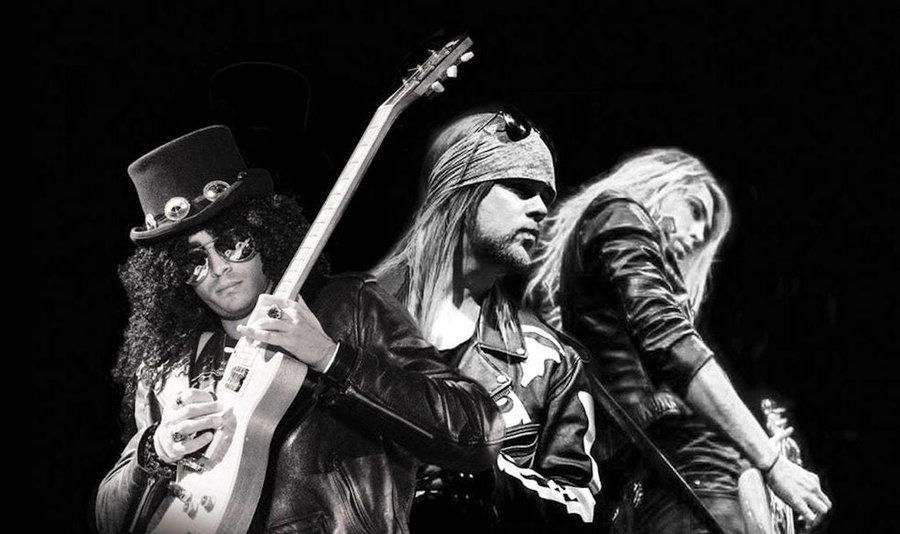 . Due to the uncertainty of the COVID-19 lockdown, this show has been moved this show to 18th September 2021. All tickets already purchased will still be valid .

Guns 2 Roses - Guns N' Roses Tribute Band EST 2002 - Guns 2 Roses are the longest running, closest looking and most internationally recognised GN'R tribute in the world. One of the few tribute bands of any type to cross over from the mere tribute band circuit to mainstream media and close association with the real Guns N' Roses having performed live with four seperate members on multiple occasions.

Motley Crude are the UK's longest running tribute show to the Lewd, Crued and Tattooed rockers from the Los Angeles Sunset Strip! The band has quickly become a fan favorite on the tribute scene by delivering a thrilling and authentically entertaining show like no other. Fans can expect to hear songs from the first album Too Fast For Love (1981) and everything in between up the final album, Saints of Los Angeles (2008) and even songs from the 2019 movie ' The Dirt'. Whilst every previous tribute had focused on the bands later years, Motley Crude bring a fresh new approach by perfecting the styling and the live show of the band from their most successful era, Dr Feelgood (1989/90). No expense has been spared, high end costumes, authentic instruments and the attitude to transport fans back to the good old days when rock n roll ruled the airways, Rockstars were gods and everyone wanted to get a piece of the action!

After Party - Camden Rocks Club at The Underworld Camden