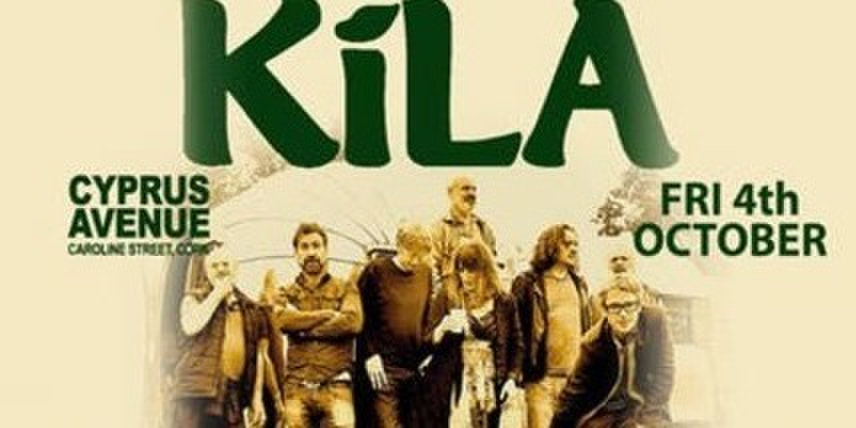 Kíla were formed in Dublin Gaelic secondary school Coláiste Eoin and are considered one of Ireland’s most innovative and exciting bands. Their unique and ever evolving sound, while rooted in tradition, is inspired by a myriad of musical influences worldwide. Kíla's eight members stem from the differing musical backgrounds, including Irish traditional, classical, folk and rock.Kíla recorded a number 1 single "The Ballad of Ronnie Drew" with U2, The Dubliners, Shane MacGowan, Sinead O'Connor, Glen Hansard, The Corrs, Christy Moore, Damien Dempsey and a host of other artists in aid of the Irish Cancer Society. In 2010 they were delighted to welcome Rolling Stones’ Ronnie Wood to join them onstage at the Olympia Theatre, Dublin.Kíla have played in over 35 countries and at notable festivals like the Montreux Jazz Festival, Edmonton Folk festival Canada, WOMAD festivals in New Zealand, Spain and Australia, RWMF the Sziget Festival Hungary, The Electric Picnic, Glastonbury. In 2016 Kíla closed the Cambridge Folk Festival with Imelda May joining them onstage. The band have performed at many prestigious ceremonies and events, including the Special Olympics; Hindu leader Amma, the Hugging Saint Festival; the welcoming of the Dalai Lama at possibilities and Garden Parties hosted by the President of Ireland.Kíla have worked extensively in TV and film. Their most notable collaborations have been with French composer Bruno Coulais on the soundtracks for Cartoon Saloon’s two Oscar nominated animated films The Secret of Kells (2010) and Song of the Sea (2014)