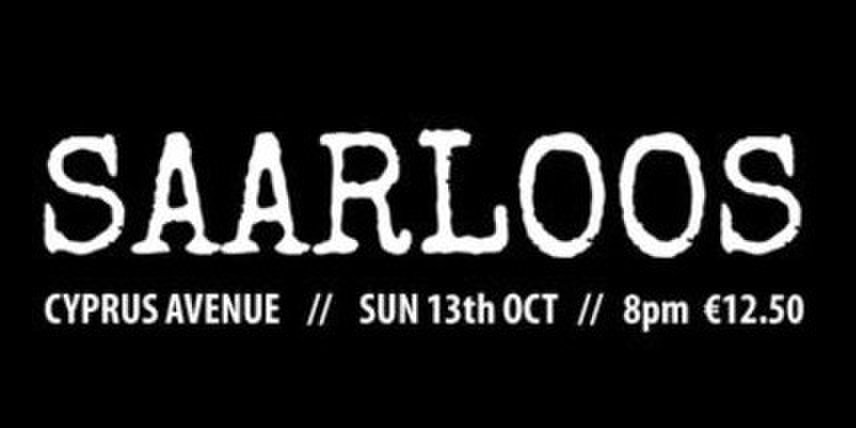 SAARLOOS are a new Rock/Pop trio from Dublin. The band consists of Brian McGovern, Craig Gallagher and Andy Kavanagh. Both Craig and Brian had made a considerable name for themselves as solo singer/songwriters. Prior to the inception of SAARLOOS, the two Dubliners headlined numerous gigs in their native Ireland as well as further afield and have amassed over 5 million plays on Spotify combined. Both have travelled the world and been fortunate enough to support household names including Bon Jovi, Daniel Bedingfield and Picture This.
It was on their last support tour that talk about forming a band became serious. It was apparent from the start that the two shared an equal passion for music and that those talents combined could produce something special. Andy was a late addition to the band - a lifelong friend of Craig he slotted in nicely to round out the trio. As well as playing intimate gigs in Dublin, London and New York, the band released their debut single "Changes" in mid-May which featured on Spotify's "New Music Friday Playlist" in Germany, UK, Switzerland and Austria and hit over 1 million plays in the first ten weeks.
The trio have a busy 2019 planned, as well as supporting fellow Irish man, Gavin James on the European leg of his “Only Ticket Home” tour the Band will also be releasing their second single, “Fire is Love”