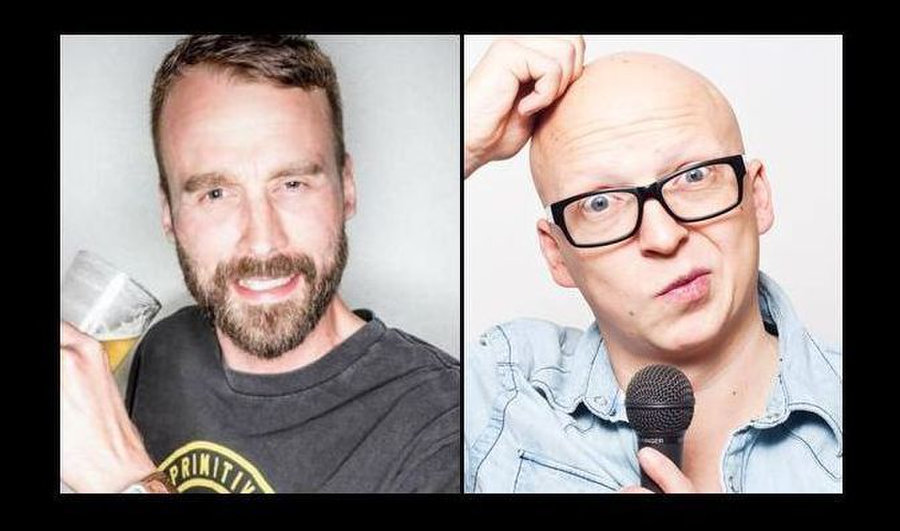 Join us on Thurs, May 3 for the Season Finale of Copenhagen English Comedy Night at The Dubliner Downtown with more comedians from around the world.
With:

The entire show is in English.

Come and enjoy a pre-comedy drink and food in this lovely cozy bar.

If not eating, there are a number of drop-in seats which are no reservable and are available first come first serve - recommend to come by 19.45 to get seats.

Hire comics for events and parties and our new comedy quiz & games in teams!

Paul Myrehaug (CANADA) is born and raised in Alberta and now living in London. He lures in his audience with charismatic charm, turns around, and makes them laugh at things they shouldn’t. Fast wit at a slow pace leaves crowds in hysterics and begging for more. Paul tours internationally and has performed for hundreds of thousands of people live, and millions of people on television.

Ben Richards (UK) is an English Comedian who is now living in mainland Europe. Since moving from the UK, he is a regular headliner and MC around Scandinavia and the Baltics. He is also the winner of the 1st ever HaHa Stockholm city-wide comedy competition. He is also the writer of a popular blog and has a rare condition leaving him with no hair anywhere - leaving him with a cold head.